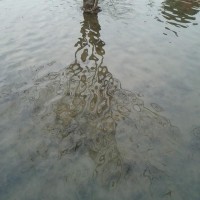 SeongJae Park is a Linux kernel programmer who maintains the data access monitoring framework of the Linux kernel called DAMON. Using it as a core component, he is developing data access-aware Linux systems for AWS. He fundamentally loves to analyze and develop systems. Specifically, his interests include operating system kernels, parallel computing, and memory management. He received a PhD in the Department of Computer Science and Engineering, Seoul National University in 2019.

I will have a talk at the Linux Kernel Summit 2021